This tool allows generation of curves between two side curves, blending from curve A to curve B. It also allows taking in a ‘middle’ curve (optional), for specific blending for cases. This tool is equipped with a ‘Draw Path’ And ‘Convert to Curve’ function.
​Draw Path: using this will triggers the paintFX tool, simply draw it on the mesh to create a path.
Convert to Curve: converts the paintFX strokes into Maya curves

Example: Eyelashes
I extracted a path curve from Maya’s convert poly edge to curve from an eyelash geo. For the two side curves, I basically just created them from raw. 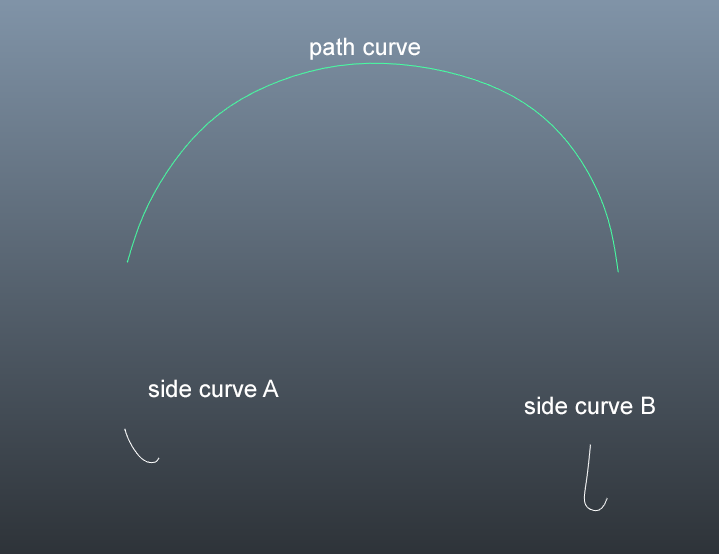 Next, we need to define the curves in the UI 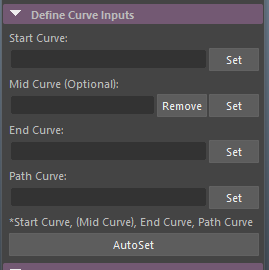 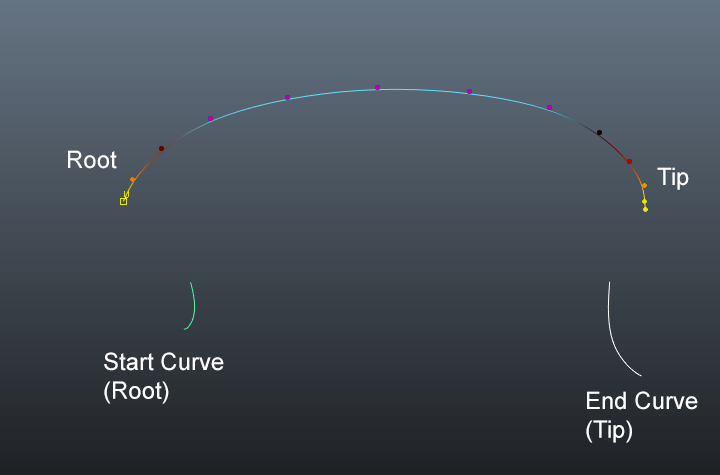 You can select each curve and ‘Set’ it one by one. Or you can also select all the curves in this order to use the AutoSet button.
Start Curve, (Mid Curve), End Curve, Path Curve.
Following image demonstrates ​without Mid Curve

Generate Curves from Path:
​With all the curves set (start, end and path curve) ,click on Generate

Interpolation Distance - Controls the distance the curves ‘starts’ to blend towards the End Curve.

Reverse Start/End Curves - This will put the Start Curve on the Tip of Path Curve and put the End Curve onto the Root of Path Curve, basically reverses the order
Reverse Path Curves - No Longer Exists as it was not needed.
Create Root/Tip Control - Allows further shaping of curves. Hit B + middle mouse drag for fall off.

NOTE: Tip/Root Controls will be reset if any of the sliders are adjusted. Please define the general look first before triggering Tip/Root Control
Finally, click on Bake/Clean Up to clean up the curves.

Q: Curves generated do not sit on the path curve.
A: If this happens, make sure that you have no transforms on all the curves.


Q: Defined Curves have no transforms, but curves generated are still not sitting on the path curve
A: Save your Maya scene, and reopen it. Delete the ‘xgt_curveFromPath_grp’ in the outliner, and try again.

TIP:
To 'scale' the curves, select all the curves and use the Curve Manipulator to 'set pivot' to root.